We met in Hanoi just before Christmas 2017. My friend Hero (Le Dao Hung – Vietvision Tours) suggesting I accompany him on a “reccie” (for those non Australians that’s a reconescense trip) I was to be a pillion passenger on the back of a motor bike. A 2000 km trip through Vietnam and Laos starting in Hanoi – the capital of Vietnam.

Before we start that journey there was a bigger issue of what and how to pack. I am by nature a very organised person or very “arranged” as my Vietnamese friend tells me. So to pack for a 12 day trip and allowing for weather that hits both end of the scales was a challenge. My entire pack weighed in at less than 8kgs and was allowed on the flight as carry on. That was a blessing for a number of reasons. Read what I packed here …How to pack for a motorbike trip

We rode head on into Typhoon Tembin

My travelling companion had purchased full body rain coats – as it turned out they were heavy duty rain coats that saved us on more than one occasion. Worn over long loose pants and various layers to combat the wind chill factor, they proved excellent at keeping us dry not so excellent for going to the toilet …men don’t need to suffer quite as badly as women, especially the pinkest bum in town.

Getting out of Hanoi took many hours, adjustments made, finally we hit the open road shared by trucks, buses, motorbikes, scooters, and horns galore. Two packs were lashed to the back of the bike (Hero had an additional backpack tied to the fuel tank of the bike) I had no idea, but I was to find out much much later that I was hanging on to him for the first few days – hanging on to him for dear life!  Hero was very courteous not to mention this to me until the end of the trip. As the days passed we learnt the best way to tie the bags to the bike and allow me enough room to swing my leg over the back wearing a full rubber rain suit. No easy feat, hence my yoga came very much to the fore.

This stunning country Vietnam captured my heart, and our second stop for the day presented this just before sunset – I thought quietly to myself why oh why have I not done this before?

As it turned out that was about the last time we saw sun and dry weather. Typhoon Tembin descended on us as it whipped its way across the Philippines. We were not prepared for the ferocity of the sideway rain and wind. Hills that were relentless, mud that covered everything, pot holes, stray pigs, cattle, dogs and chickens. Nothing was ever going to be the same again.

I made sure I had additional passport photos on me for the border crossing.

Thankfully I had, because, as an “obvious” foreigner they took a bit more notice of me than my travelling companion.  Efficient and beautifully attired border officials in their crisp military suits spent some time checking the photos against the bedraggled women that stood before them. An hour later we crossed over into Laos. Sun was shining and we had a few hundred kilometres to go for the day.

The road out was a wet slippery dirt track wide enough for one vehicle – and road works causing further holdups.

As we continued east, the mountains came into their own and they continued to loom larger than life. Up up and around, sheer drops and a gradient I had never experienced in my life. Surely it would plateau out? It didn’t get a lot better. It was freezing cold and the rain clouds opened above and down it came. The Typhoon had arrived.  Our rain coats kept us dry, our gloves and shoes not so much.

10 hours 230 kms, mountain after mountain, fog as thick as pea soup, rain, rain, rain – sideways sleet.  It was early evening and the light was disappearing and quickly – we were still 15 kms from our “hotel” and then we realized that the headlight on the motorbike had blown. Darkness descended, pot holes, a truck ran us off the road – Pitch black. Top of the mountain – no electricity no lights anywhere and I mean anywhere. We tail gated a ute all the way back down the mountain – using its headlights to guide us to the relative safety of a flat road and a small town ship. I have never been so petrified in my life, I learnt to meditate on the back of the bike. We swapped helmets as my helmet had a clear visa and Hero’s had a black sun proof visa. This afforded me absolutely no visibility at night. So I sat motionless counting the kilometres as they clicked by – 1 Mississippi 2 Mississippi – as the rain lashed against our legs we rode on into the ink  black night.

It was tense and although we didn’t say anything to each other it was a relief to find this small township with street lights. We then had to find our bed. A Vietnamese restaurant provided the answers we needed and taking note to go back for dinner we found the hotel. The owner asked us to bring the bike into the restaurant. Our room had the coolest sixties furniture and we showered quickly – set of dry clothes and went back to the Vietnamese restaurant for dinner.

I ate little but did manage to down two cans of Beer Lao in quick succession. There was little conversation. We sat there in a kind of stunned silence taking it what we had just been through. Hero later remarked “ That was very hard, I was worried – you are a very strong woman” – I guess I agreed.

The next day we found a motor bike repair shop and had the headlight fixed and tightened the chain.

Many Vietnamese coffees later, I suggested we go find the town market and see if we could purchase rubber washing up gloves to wear over our woolen gloves to keep them dry. We also purchased a raincoat to cover the luggage on the back.

Crossing back into Vietnam from Laos

12 hours, 300kms – 2 countries and every weather condition you can imagine!  A bull fight and then the border crossing – red talcum powder roads, water buffalo, goats and chickens, 18 wheel lorries, mountain fog and then the rain hit. It’s getting dark and we again end up travelling through pitch dark and torrential rain for 70kms. We are now in Quy Dat Vietnam. No more to say really. Everything’s wet again. We came across a German couple who had pitched a tent at the petrol station (only dry land for miles) they said the rain was bad, we were riding into it. Hero suggested we give them our beer, no need they had a bottle of Schnapps. I often think of them and wondered how and when they left the relative comfort of the petrol station.

Our improvised high tech shoe waterproofing, aka plastic bags and washing up gloves survived to a degree, enough to keep us warm and dry. I went through 3 sets in one day and second layer even wet. Endurance riding – cup of tea anyone? We found somewhere to eat – involved a plastic cup of two minute noodles. Best meal I have ever had. I also purchased another set of woollen gloves.

We made slow progress up the mountain to the border and check point. The road was a slurry of mud and gravel with very little, if any, bitumen. The weight on the rear of the bike added strain to the chain and the ability to navigate ( that included me and the packs) as the lorry trucks descended upon us I made the mistake of trying to get off to help lighten the load. “Up your leg, Up your leg” came the command from the front.  I stayed put and we limped into the chaos at the border.

Crossing back into Vietnam – the border crossing was basically a mud field with an assortment of about 30 x 18 wheel lorries .. Hero took passports in an we went through the check point. We had no accommodation booked and we were very much winging it. To this point it had been the longest 15km of my life.

Hero retuned with passports and said ” there is good news and bad news” – oh yeah I  responded, what’s the good news ? Accommodation only another 21 kms away.  I knew what the bad news was, the sun had gone down and the rain had settled.

Back in Vietnam and with the language not so much of a barrier, I had managed to remember some of my Thai which helped a little in negotiating meals, Hero was back on the trail – the Ho Chi Minh Trail – A beautiful part of Vietnam and we relished the calmer weather and the ability to have at least one of us fully conversant.

We were nearing the end of our trip and the ride into Da Nang meant pushing on to Hoi An – where we could stop for longer than a night, wash clothes and dry out. Hoi An has special meaning to both of us. Hero wanted Chicken Rice the night we arrived and I was happy to have him order, and serve me food. I was totally and utterly exhausted.

We had a few days to ‘recover’ in Hoi An, and an odd feeling that resulted in an adrenalin plummet and the knowledge that the trip was almost over. A few things transpired for me on this amazing trip. One,  I will never underestimate how strong and resilient I am, it taught me self appreciation, appreciation about what’s important in life and that accumulating ‘things’ does not make you happy. Experiences and pushing your comfort zone boundaries opens up a whole new life path. I had a lot of time to think in silence on the back of that bike, sub consciously I was making life decisions about where I was heading professionally, spiritually and emotionally. Like I said,  a life changing experience. Would I do it again? In a heart beat 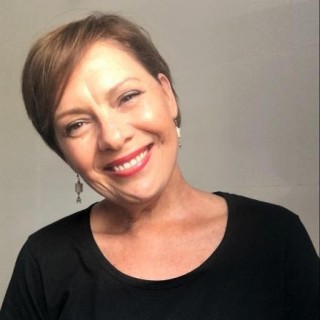